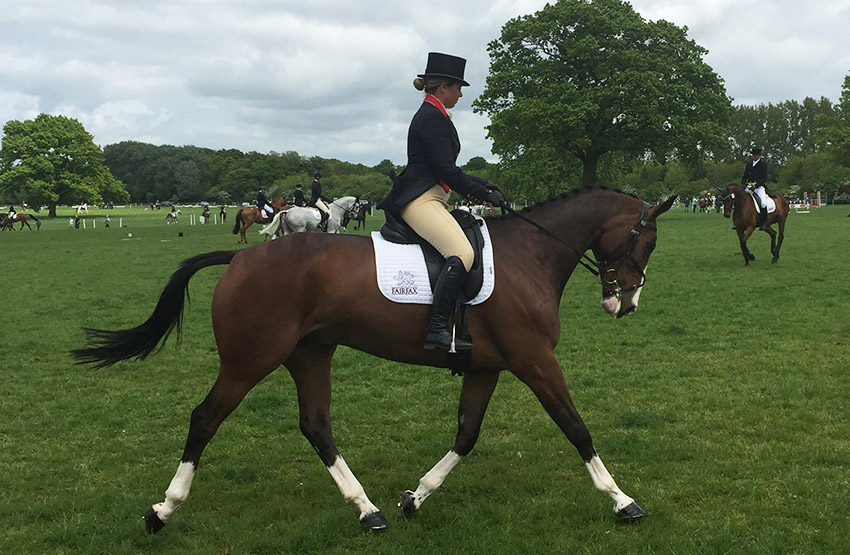 Posted at 20:50h in News Archive by Georgia Ryman

The international classes drew to a close today (Saturday) with British Squad member Kitty King posting a comfortable win in her CIC2* section, ahead of another likely Rio 2016 competitor, Brasil’s Carlos Parro.

“Vendredi Biats is only seven, and this was his first two star. He won his first novice here last year, so has come on a lot in the last 12 months,” said Kitty. “He’s always been talented, it’s just been about getting it all together.”

Chesham based David Britnell, 24, claimed the other Two Star class, riding his own Continuity. Bought as a five year old, David has slowly brought the horse up the levels, teaching and freelance riding to fund his sport. “We don’t have lots of money, so I’ve taken the British Horse Society route to gain qualifications to teach, to keep the show on the road,” explained David. “The dream is Badminton 2018…”

Jodie Amos finished hard on David’s heels with Wise Crack, putting in a solid, confidence boosting round after a disappointing Badminton.

Izzy Taylor pipped Ibby Macpherson to the top spot in the first One Star class, both SFS Legacy and Evantos K finishing on their dressage scores. Meanwhile, Roberto Scalisi and Topaze du Plain beat off tough competition from Rockingam’s most local rider, Sophie How from Rushton, riding Kilcannon Watervalley Wizard in the remaining One Star, with Kitty King back in the money in third, this time riding Virage des Falaises.

A day of BE100 and novice classes on Friday produced winners that included Oakham based Richard Jones, Aylesbury’s Ed Eltham, and Emily Philp who claimed two novice sections.