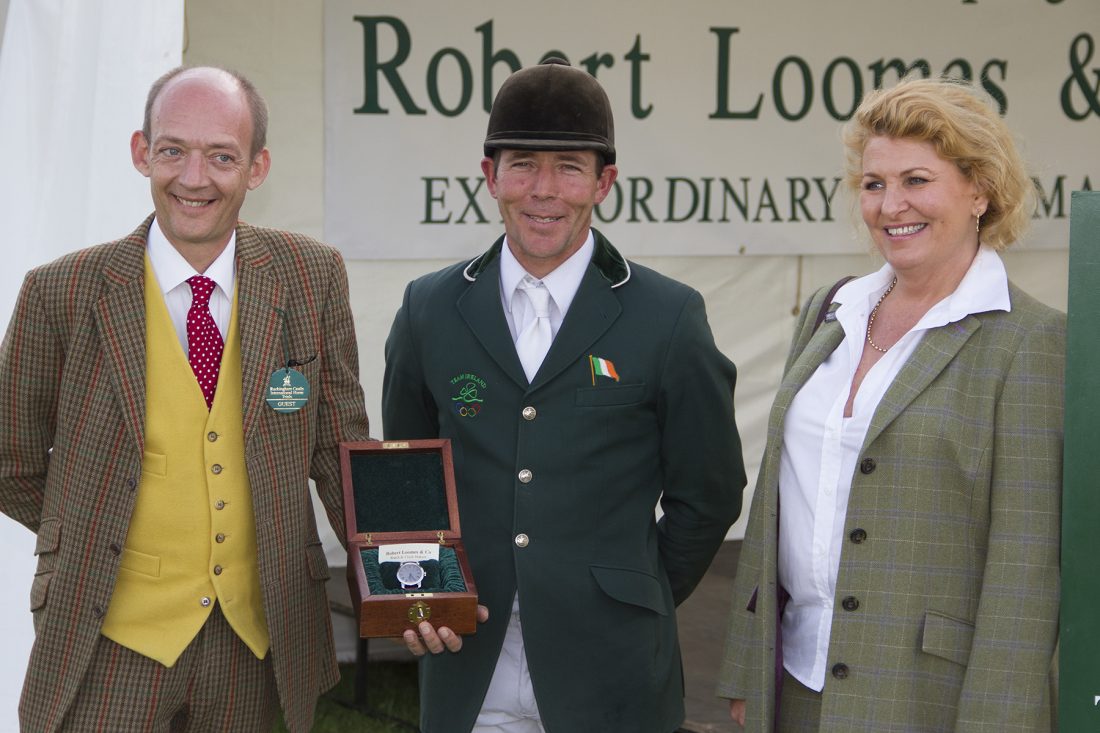 Posted at 13:59h in News Archive by Katie Callaghan

The organisers of Rockingham Castle International Horse Trials are delighted to announce that Robert Loomes & Co are again offering fabulous hand made watch as a prize at next years Horse Trials.

Last year Ireland’s Austin O’Connor took home a beautiful Robin watch, a prize which would normally come with a price tag of £7500. Not surprisingly, Austin was seen sporting his watch at Badminton Horse Trials a few days later.

“We knew from the buzz amongst the competitors and wonders that Rockingham 2015 was going to be even bigger and more star-studded as an International. Not surprisingly we were very happy to come back as Official Timekeepers, and also to offer another watch for the rider who finishes closest to the optimum time around the Intermediate cross country course,” Robert Loomes, Technical Director of Robert Loomes & Co, explained.

“Rockingham Castle International Horse Trials combines the ability to watch top riders, from Australia to Zimbabwe, the USA to India, with a truly local flavour, which visitors to the event adore. The event also resonates with what we do well ourselves; it is all about commitment, excellence and timing”.

Event administrator Andrew Norman said: “Events such as ours are hugely enhanced by the involvement of sponsorship, and for Robert to have once more generously offered this wonderful prize is outstanding. I have no doubt that a watch of this quality will be treasured and enjoyed by the recipient for many years to come”.

The Horse Trials take place over the weekend of the 22nd-24th May in the Park at Rockingham Castle.