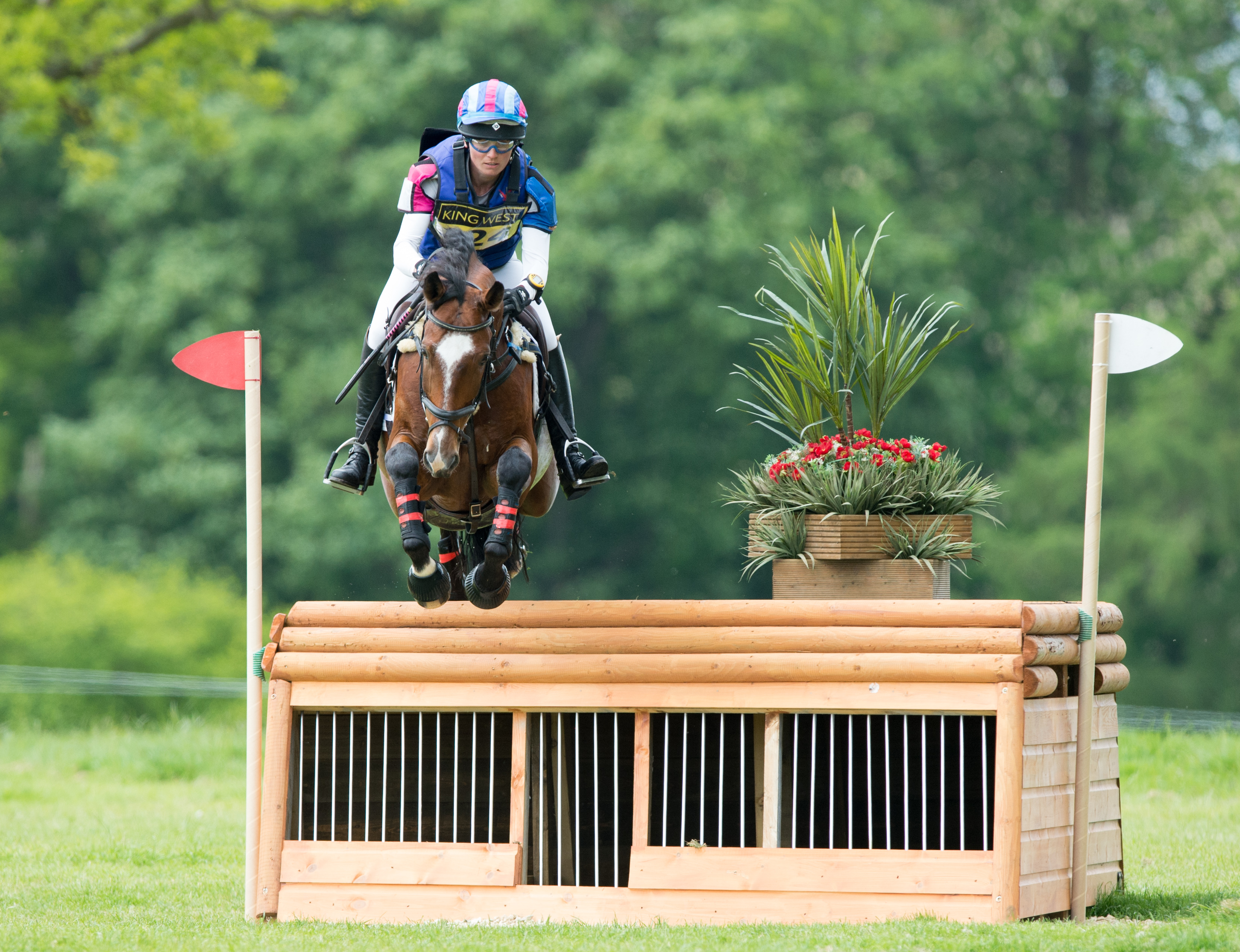 Posted at 13:49h in News Archive by Katie Callaghan

It was a first trip to England for 21-year-old Christoph from south of Hamburg, who has spent the last few days with German Team Trainer Chris Bartle. “Christopher recommended Rockingham as the best prep run for me ahead of the German Young Rider Championships in Kreuth in two weeks time. He was right; it was a lovely hilly, encouraging track, Sammy Deluxe 6 gave me a great ride.”

Alex’s ride Don Geniro was placed in the CIC1* here last year, going on to finish 3rd in the British Eventing Young Horse Seven Year Old Championships at the end of the season. “I love Rockingham, as does everyone. The cross country courses are really confidence giving; it was a perfect last run at the level before we move up to CIC3*.”

It was a case of girl power in the CIC1* sections. Germany’s Bettina Hoy and Izzy Taylor for Britain took the spoils riding Monte Classico and Extreme II respectively, with Daisy Berkeley and Charlotte Monk filling the runner up spots. Bettina was making her Rockingham debut, having entered after being told by fellow riders what a great event it is.

“It’s an unbelievable venue, and everything is very well done,” she said. “There’s something for everyone here, not just horses, and that is great for the sport.”

Intermediate competitors did battle on the final day, with those running in the open intermediate and the advanced intermediate in with a shout of winning a hand made £9,500 Robert Loomes watch.

This prize is awarded to the rider closest to the optimum time across country, and it went to the wire, Sarah Cohen and Mark Todd both finishing two seconds inside the time. Dressage collectives marks came in to play, Mark having the advantage by 2.5 points. Obviously surprised, Mark, who also claimed the advanced intermediate top spot, admitted: “I couldn’t be more delighted, I’ve never won anything worth that much before. I wasn’t even wearing a watch across country – Campino heads to Tattersalls tomorrow and I’d just brought him here for a nice quiet round, but he has such a huge stride he goes faster than it feels.

“Rockingham is a great event. It’s a beautiful estate, the layout is good, the arenas are fantastic, the cross country courses are well built and interesting, and the ground is as good as it is possible to make it. Hopefully I’ll be back next year.”

Sarah Parkes and Definitely Blue slipped ahead of Caroline Powell in the first of the open intermediate classes, when Caroline picked up 1.2 penalties across country. Caroline then had to settle for the runner up spot in the following section, this time bested by Elisabeth Halliday-Sharp riding Fernhill By Night, who when not eventing is an international motor racing driver.

Having recently suffered a fall on the flat at Rolex Kentucky, Liz explained: “I wanted Fernhill By Night to have a good run on good ground – this was perfect for what he needed.”

Tom McEwen had a comfortable straight intermediate win on Cuarento, as did local rider JP Sheffield from Rolleston, riding Lost In Translation.

At the lower levels, competition was fierce. In the BE100 sections Tom Searle, Andrew James, Izzy Taylor and Camilla Hope were the winners, while the youngest rider, 12-year-old Daisy Bathe, picked up a 4th place rosette.

The novice sections were equally closely fought. Kitty King, Ruth Edge, Zoe Wilkinson and Sarah Stretton all won on their dressage scores, while Ruth Burnard kept ahead of the field despite a smattering of cross country time penalties. In the under 18 section, the British junior selectors will have been pleased to see some superb performances, Annabel Carthy and Salitan topping the leaderboard, while in the final section of the competition Virginia Turnbull and Tim Price completed on the same score, Ginny taking the honours for finishing closer to the optimum